Home » About the Commedia Dell’Arte 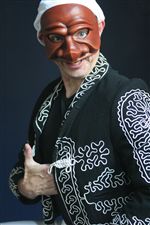 The Commedia dell’Arte emerged in the second half of the 16th century in Italy. It is a masked form of physical theatre that involves broad comedy and highly structured improvisation. The hallmark of the Commedia is the desperate nature of its stock characters who became known simply as the masks. It is a style that emerged during the renaissance following the plague, “Black Death” at a time of, death, starvation and economic upheaval. Thus, we find the major themes of the Commedia to be based on death, love, hunger and greed. The commedia is a style that, although comic, rests essentially in tragedy and revolves around fundamental themes such as fear: fear of death, fear of life, fear or everything. It is cruel, in the present, and without remorse.

The Commedia and its world of masks insists on an urgency for life. This very aspect is why Jacques Lecoq integrated the mask work of the Commedia dell’Arte into his system of training actors. It is always played at the highest level of intensity, at a level that is beyond laughter and beyond terror. The Commedia dell’Arte, as Lecoq sums it up, is a style where the play is in play; c’est le jue qui est en jeu.

The Commedia Dell’Arte Masks available at Theater-Masks.com are based in the historical forms but lean toward a more modern sculptural style. 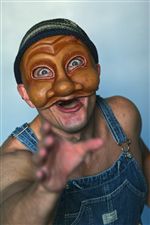 Here are my top picks for resources on the Commedia dell’Arte. Amazon.com has provided the descriptions of these books. I have added a little to each.

Illustrated history of the beginnings, growth and influence of the commedia dell’arte. Describes improvisations, staging, marks, scenarios, acting troupes, and origins. This book is the fundamental resource on the history of the Commedia dell’Arte.

An entertaining and highly illuminating account of Commedia’s origins as a popular theatrical form, plus a practical and timely step-by-step guide to using commedia techniques in performance. 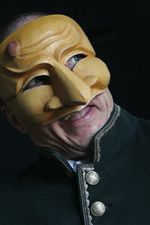 Lazzi: The Comic Routines of the Commedia dell’Arte

Presents 250 comedy routines used by commedia performers in Europe from 1550 to 1750. Includes an introduction, two complete commedia scenarios, and a glossary of commedia characters. An important addition to the literature on Italian Commedia dell’Arte.

Harlequin on the Moon

A superb Visual Resource for the Commedia. The Commedia dell’Arte has a long history. Invented in the Renaissance as a popular entertainment, it has survived to the present day in experimental theatre and in Punch and Judy shows. The characters of Harlequin, Columbine and Pierrot have inspired artists from Tiepolo and Watteau to Picasso and Hockney, and composers from Schumann to Stravinsky. Playwrights have also been stimulated by these fanciful characters, including Shakespeare and Moliere. Diaghilev’s Ballets Russes created Petrushka and Parade – music by Satie, choreography by Massine – and Nijinksy danced harlequin in The Carnival in 1910. The curious interaction of the Commedia dell’Arte and the visual arts, the history of the whole strange concept and its lasting inspiration – ‘the first modern theatre’ – are closely studied in this copiously illustrated work. (Kirkus UK)

The Comic Mask in the Commedia dell’Arte: Actor Training, Improvisation, and the Poetics of Survival

by Antonio Fava and Simon Callow 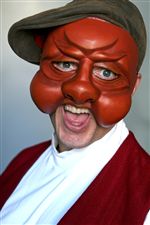 This book by Fava, one of the few living master teachers of “Commedia dell’Arte”, is the first aesthetic and methodological study of the traditional Italian theater form – the first to describe, in a precise and practical way, what Commedia is and what it should be. The mask – as object, symbol, character, theatrical practice, even spectacle itself – is the central metaphor around which Fava builds his discussion of structure, themes, characters, and methods. Drawing on twenty years of research conducted through his work as performer, director, mask maker, and scholar, he offers extensive practical, philosophical, and technical guidelines to performing the stock characters of “Commedia”, observing its structure, extracting its poetics, exploring its themes, and using the mask. A densely layered text combining historical fact, personal experience, philosophical speculation, and passionate opinion, and including copious illustrations – period drawings, prints, and color photographs of leather Commedia masks made by Fava himself – The Comic Mask in the Commedia dell’Arte is a rich work of singular insight into one of the world’s most venerable forms of theater.

The first English translation of the only truly comprehensive collection of plot summaries used by one of the most celebrated Commedia dell’Arte troupes that toured Europe during the High Renaissance. This authentic document is an invaluable source book for students of theater history, enabling them to examine actual working plots and compare them with the works of the great dramatists they influenced (i.e. Shakespeare, Moliere).

Additional resources that may be of interest: 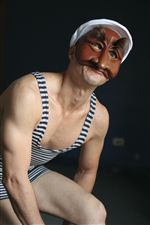 A collection of short commedia dell’arte plays, sketches, and exercises for use in the classroom and drama workshop. Each play has a detailed introduction and is presented in both outline form and full text. Each of the pieces is suitable for performance on stage and may also be used as the basis for improvisations.

by Olly Crick and John Rudlin

This title and its companion, Rudlin’s 1994 Commedia dell’Arte: An Actor’s Handbook, give the reader a thorough overview of this wonderful theatrical art form. Both Rudlin and Crick have directed and/or performed commedia dell’arte, and they bring historical, theoretical, and practical perspectives to the text. Their research brings together information on the internationally renowned troupes from 1568 to 1622, the so-called golden age of improvisation before the art form became more solidly text-based. As interesting as the historical material is the information on contemporary 20th-century commedia dell’arte troupes who perform in English, including one in this reviewer’s own state of Texas. Anyone interested in starting a troupe will learn much from these case studies and histories as the historical material is enriched with practical advice on performance, creating sets and costumes, and forming and training a company.

Mask: A Release of Acting Resources: The Italian Commedia and Please Be Gentle 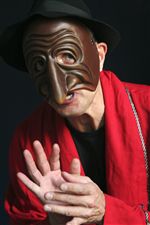 In the third volume of his Mask: A Release of Acting Resources David Griffiths concentrates his attention on Commedia dell’arte. Acknowledging the amount of information already available in this area, the author provides a brief but extremely lively historical/critical commentary. Despite existing on what seem to be “diametrically opposite sides of the theatrical spectrum” , Griffiths points to the fascinating common factors between the genres of the Japanese Noh theatre and Commedia dell’arte. He proposes six similarities: characters familiar to their audience who appear masked, minimal properties and scenery with the focus on the actor; the “families” of performers, a sharp mind as well as an agile body, a professional living on his skills and patronage; and a knowledgeable audience. Please Be Gentle, the witty and rumbustious play that completes this book, explores the various tricks and devices of Commedia dell’arte acting within a form and a frame 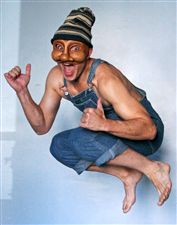 This is another visual resource for mask designers. The volume focuses on nearly 150 porcelain sculptures as it tells the story of the commedia dell’arte’s transformation into sculpture: Why were the figures made? Why do they appear as they do? What inspired their gestures and costumes? How did street theatre themes become integrated into court life and entertainment? Examining these delightful porcelain figures in greater breadth and detail than ever before, this book is essential for those interested in theatre, painting, costume, and the decorative arts.

Performance and Literature in the Commedia dell’Arte (Theatre in Europe: A Documentary History)

“For theater artists and educators interested in producing commedia dell’arte today, Henke’s text provides a tremendous resource for re-creating authentic performances… This text should become one of the fundamental reference sources for this subject, standing alongside the works of Nicoll, Smith, Ducharte, Oreglia, Lea, and Fo.”